This building was inaugurated in an official ceremony by His Excellency Mohammad Sarwar Danish, the Second Vice President, His Excellency Dr. Abdul Basir Anwar, Minister of Justice, and His Excellency Mohammad Fareed Hameedi, Attorney General, in the presence of the cabinet members, deputy ministers and heads of directorates and staff members and a number of foreign guest, at Dar-ul-Aman, area yesterday. 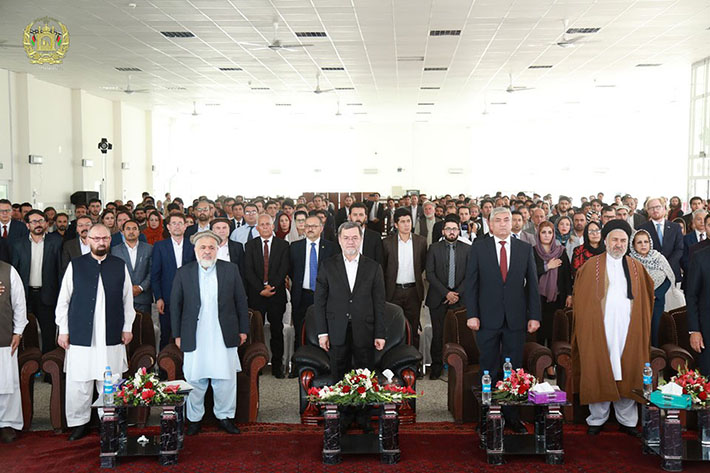 H E the Minister of Justice, first congratulated the 100th anniversary of the country’s independence to the government and the people of Afghanistan, in advance, and then spoke on the 100-year old history of the justice and judiciary system of the country, the organizational structure of the Ministry of Justice, main achievements and the working challenges of the new building. He said that the Ministry of Justice was one of the main and important institutions of the government of Afghanistan, is now a hundred years of age. He said, “This ministry during the term of the National Government, has accurately revised its working and organizational structures and as a result, has succeeded to create the positions of Deputy Minister (Social Affairs), Directorate of Human Right Support, Directorate of Foreign Relations, Directorate of Authentication and Translation of Official Documents and a number of other professional positions”. 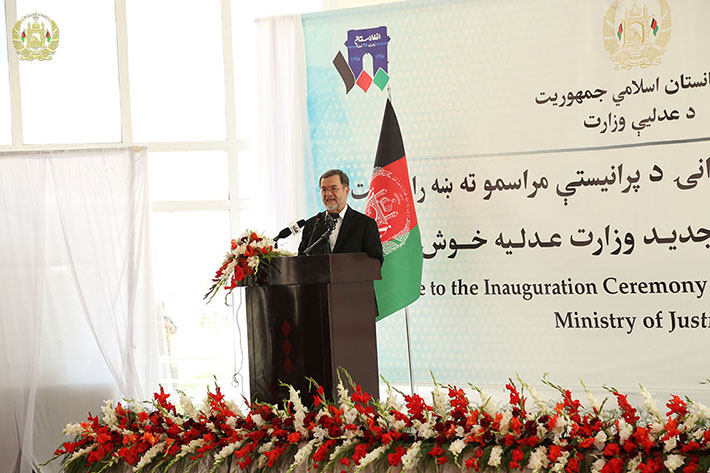 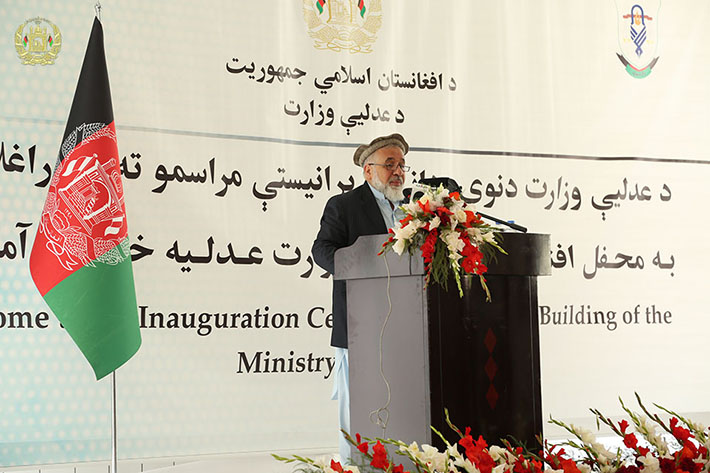 The Minister of Justice added that human resource, equipment and infrastructure and financial resources were the important necessities of a department. He said, “The Ministry of Justice, in the equipment and infrastructure wise, has equipped all its departments, except in two provinces, at the center and provincial levels”. He also said that absence of Children Rehabilitation Centers in some 24 provinces, lack of offices in districts, insufficiency in the structure of the General Directorate of State Cases and General Directorate of Huqooq in accordance with the relevant laws were among the challenges of the ministry. He said that the draft of increasing salaries of the professional personnel of the ministry had been sent to the Ministry of Finance, but there has been no progress, so far in this regard.

Meanwhile, H E Sarwar Danish, praised the achievements of the National Government in the field of legislation. He said that processing some 400 legislative documents in various arenas was unprecedented. He, while admiring the legislative process in the country said, “In the text and contents wise, rate of affect, and being up to date, there are still some deficiencies in legislation, which requires more efforts and investments. The Second Vice President, while criticizing the National Assembly, said, “The National Assembly, even though has the main role and responsibility in the legislation, but unfortunately, has failed to show much initiative in the last two terms, and typically has least amended government draft laws . 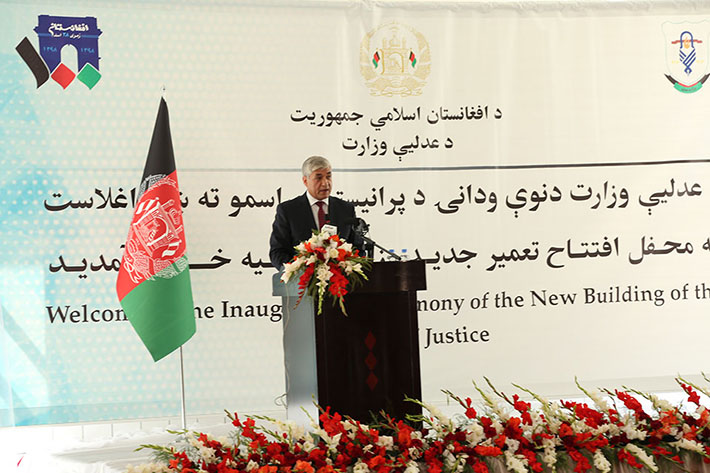 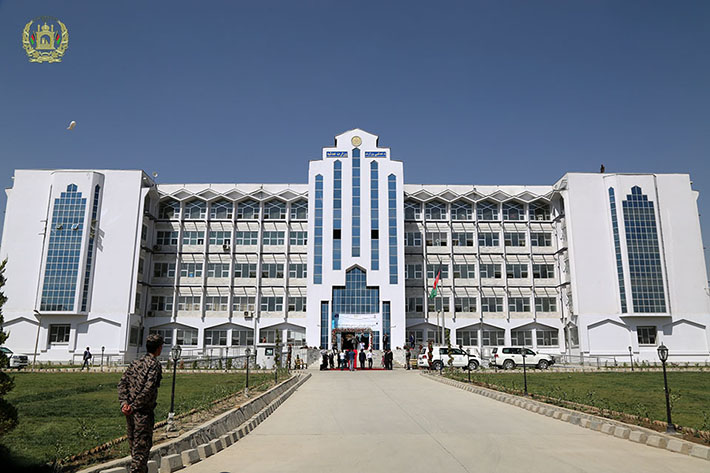 At the end, the Minister of Justice, for the recognition of cooperation of the country’s Second Vice President in the field of legislation, presented a medal of appreciation on behalf of all personnel of the ministry, and thanked the special guests for their participation in this occasion.

It is worthy to mention that the founding stone of the new building was laid by H E Mohammad Sarwar Danish, the Second Vice President in 1393. This building and its outbuildings were constructed in 25 hectare land with the total expenses of Afs.531492204 from the government budget, and the financial assistance of the World Band. The new building has been constructed in 5 stories and has 286 rooms and 82 restrooms.