Sheikh Abdul Kareem Haidar, the Professional Deputy Minister of Ministry of Justice, presented the one year report on the activities and achievements of this ministry on Sunday, 5th of September in government accountability conference to the nation.

The deputy of ministry of justice said during the conference that this ministry drafted and scrutinized 20 legislative documents last year which were included of procedures and legislative draft documents, presented 172 legal consultations to the Emirate ministries and administrations and commented on 7 legislative documents of the ministries. Further more he added; this ministry commented on 26 international legal draft documents and certified 82 thousand and 422 formal documents which were translated from the formal languages of the country to the foreign languages. 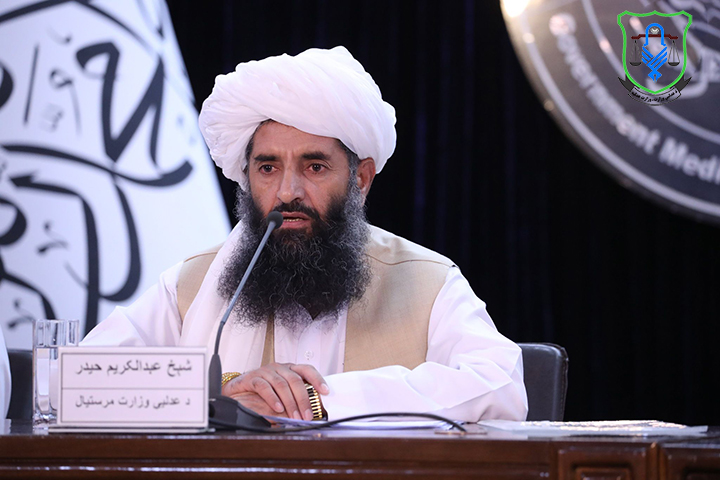 The Deputy of the Ministry of Justice pointed out the responsibilities of this ministry in the field of providing free legal assistance to incapable suspects, this ministry defended the rights of 167 suspected individuals in justice and judicial references and provided 163 free legal consultations. He added that this ministry held 78 programs of public rights awareness and conducted public awareness programs for 6 thousand and 936 individuals. 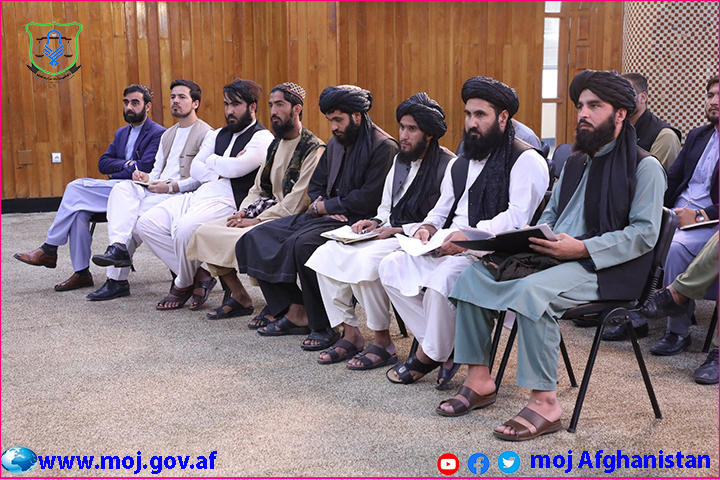 The Deputy Minister of Ministry of Justice clarified in the section of the defense of government profit and rights, more than 3 thousand and 32 acre land and a shop is decided to the benefit of the Islamic Emirate and the court decisions are implemented on them. Although, more the 11 million and 735 thousand Afghani and more than $760 dollars were decided in the favor of Emirate, submitted to the account of Islamic Emirate and the decision of the courts related to the more than 152 acre land and 16 yards are also decided in the favor of Islamic Emirate which is sent to the related administrations for implementations.

Sheikh Abdul Kareem Haidar also said about the collected revenue in this period of last year, the Ministry of Justice collected total 107 million and 152 thousand and 533 Afghani and deposited to the treasury of the Islamic Emirate of Afghanistan. He added that the total expenditures of this ministry was 150 million Afghani, amongst which 96 million was paid to ministry’s employees and other 54 million were paid to the essential goods, maintenance of the ministry and other issues.