Qazawatpooh Fazil Ahmad Manawi, Minister of Justice during a visit to Balkh province, met with local officials and employees of the Justice Directorate and attended the training programs convened for judicial employees.

Mr. Manawi arrived in Balkh on Sunday and was warmly welcomed at the Mawlana Jalal Uddin Mohammad Balkhi International Airport by Balkh Governor, Mohammad Farhad Azimi and other local officials.

In a meeting with Mr. Azimi and other official of local administration in Balkh province, he appreciated the strives being taken and acknowledged that, the accomplishments of this administration is extraordinary and impressive and offered his gratitude to the leadership of this local administration for cooperating with Hoquq Department over the course of enforcing the courts’ absolute decisions on the restitution of 15 thousand jeribs land recently.

Minister of Justice also conversed the overall circumstances and challenges in directorate of justice in Balkh province and stressed on the cooperation and coordination amongst the local justice and judicial entities regarding the proceedings of dossiers. The governor of Balkh province and its other officials also acknowledged that, the expansion of cooperation and coordination amongst justice and judicial authorities are the obligation of Balkh local administration.

During this visit, minister of justice took part in the closing ceremony of “Basic Law Training Program” held by the cooperation of (Czech) office for 29 professional staff of the Judiciary Departments of Balkh, Sar-e-Pul, Jawzjan, Baghlan and Kunduz provinces. The justice minister also participated in “Legal Aid Legislative Documents Instruction” training program convened for 50 professional employees of justice and judicial administrations by the Organization of Justice.

At this program, Mr. Manawi analogized the judiciary departments including ministry of justice, attorney general, courts, defense lawyers and police as an interconnected chain supporting one another.

He clarified that if in detection phase the duty is not going on well or if the defense lawyer or legal provider does not appear in court with the same level as the prosecutor, a fair trial will never take place. 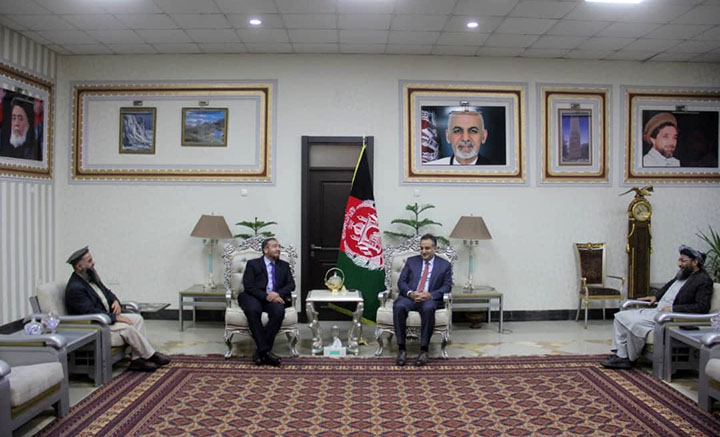 Mr. Fazil Ahmad Manawi stated to judiciary employees that you have a significant role in providing justice and if this role is not played well, the other side of justice which is violence and injustice, is going to take place.

Minister of Justice emphasized that the Government of Afghanistan accords special status for the judiciary departments, and the Ministry of Justice is currently working to deal with its own institutions in the farthest corners of the country. He stated that our policy is not centralism and that is why we have considered a legal aid provider for each district for the formation of the New Year in order to ensure justice in all parts of the country.

He added that although the judiciary is void of any problems; but we try that nothing bad happens that causes injustice in the domain of responsibility of the Ministry of Justice. 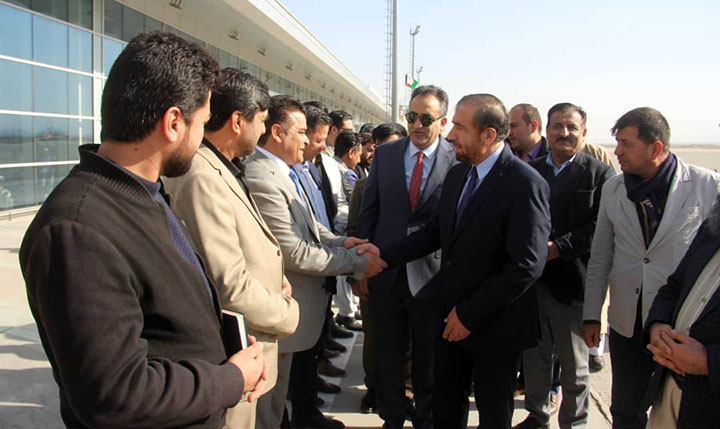 Mr. Manawi called on employees to cooperate towards this aim because a defamatory phenomenon casts doubts on entire administration or even government. He also emphasized that we expect from our colleagues let their work today be different from the past, and under no circumstance against justice, do not giving up into force.

With regard to the Department of State Cases, he said that, we do not expect any single dossier to be proceeded in favor of state, on the contrary the principle is that, the justice be administered and in case a person expropriates the public properties unlawfully, the properties be restituted.

Referring to the problems of executing the court rulings, Minister of Justice said that, we have concluded with the government leadership in a talk if the Legal Department is not able to implement the rulings and decisions of the courts, the special police forces will interfere and cooperate with this department. 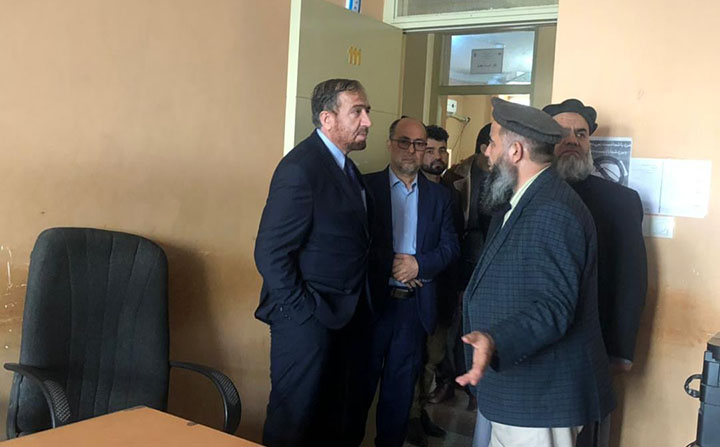 In this program he also pointed to the Ministry of Justice's reform plan and said that this plan is approved and will be executive that includes increasing the formation and strengthening the position of professional staff of this ministry.

Mr. Fazil Ahmad Manawi also emphasized on necessity to ensure the security of judicial staff and said that this issue is on the security agenda of the Afghan government.

Minister of Justice said that we should all work with self-confidence around a functional axis to meet the people’s expectations which is the administration of justice.

Rule of Law Support Project of German Cooperation Office in Afghanistan (GIZ) has granted the ministry of justice 1800 volumes of commentary for the Law on the Manner of Obtaining the. . .

Qazawatpooh Fazil Ahmad Manawi, Minister of Justice during a visit to Balkh province, met with local officials and employees of the Justice Directorate and attended the training. . .

Qazawatpooh Fazal Ahmad Manawi, Minister of Justice, presented a one-year report on the activities and achievements of this Ministry during the Conference on Accountability of. . .

Read more about Minister of Justice:  Ministry of Justice Processed 123 Legislative Documents in Fiscal Year of 1399