This ministry of justice has drafted and scrutinized seventy five legislative documents during the current year and submitted them for processing to the legislation committee, cabinet and national assembly.

H.E Dr. Abdul Baseer Anwar- the minister of justice, during a conference on Monday December 16th 2019 in GMIC aimed at providing the activity report of this ministry in the area of legislation, considered the existence of laws in a society as an indispensable fact and said that we cannot witness honorable and decent life in a prosperous and flourished society, where there does not exist the rule of law.

Minister of justice referring to the importance of law and law-abidingness in the society and bringing peace and stability in the country, said that for the current year, a number of 73 legislative documents were scheduled as the work plan of the MoJ to be covered, and however we have three months left for the end of the year, a number of 75 legislative documents so far during this year has been scrutinized by this ministry and dispatched to legislation committee, cabinet and the national assembly for processing. 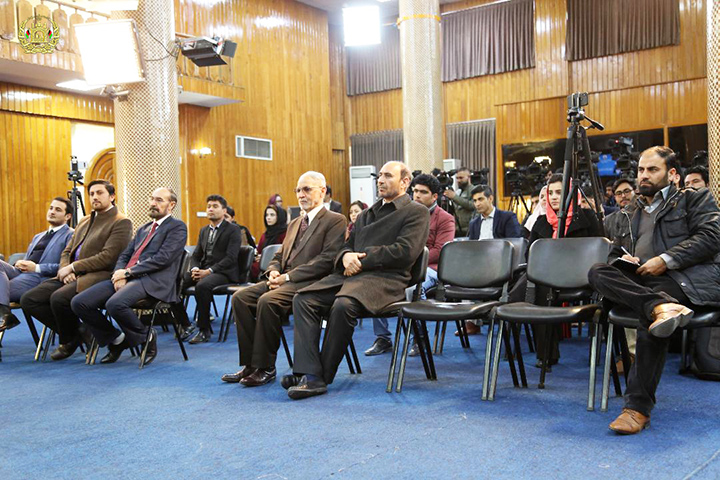 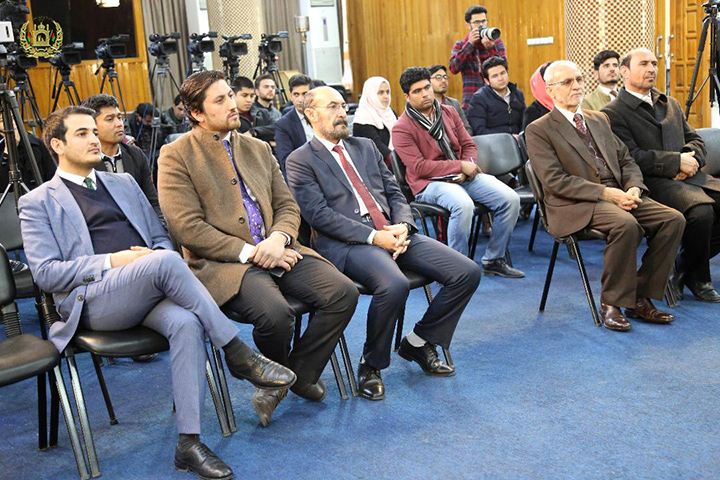 He also added that a number of 36 legislative documents beginning with the serial number of 1339 and ending at 1358, have been published via the website and the official gazette of the ministry of justice during April 17th to 20th October 2019.

In this session, the minister of justice also described the manner of processing the legislative drafts.

He provided information that the first draft of the legislative documents are being prepared by the relevant institution and then these institutions are obliged to share the said draft via their websites or other means for a period of not less than thirty days with the representatives of civil society, private sector and other natural and legal persons with an aim to make brainstorming for the purpose of enrichment of the document. Following that, the legislative draft is shared with the general directorate of legislation of MoJ for the purpose of scrutinization, and in this stage the relevant state institutions, civil society and private sector is invited to provide their view points on the scrutiniztion of the draft. The draft would then be submitted to the legislation committee of the cabinet, wherein, the minister of justice briefs the participants on the legality and observance of certain principles in the legislative document. Afterwards, the detailed report on the objective, efficacy and efficiency of the said draft in economic, political, legal and cultural arenas is provided by the concerned authority or minister. The legislation committee would thoroughly and minutely make a review of the document and then if verified, would be sent to the cabinet by the ministry of justice.

The ministry of justice is obliged to submit for approval the draft law, amendment, addition, deletion, revocation, suspension and annexes to the law, along with the legislative decree in both Pashto and Dari languages to the house of representatives of national assembly via the ministry of state in parliamentary affairs. The said drafts shall after the approval by the national assembly be provided to the president for endorsement and then it needs to be published through official gazette of the MoJ.

The minister of justice highlighted that the legislative decree is issued after ratification of the cabinet, in accordance with Article 79 of Afghanistan Constitution only in cases of vacations of the national assembly and in case of urgent need of the government for the law and also considering the commitments of Afghanistan to the International community as a part of the benchmarks for attracting aid for different developmental programs (other than the issues related to finance and budget). The ratification of the cabinet, tasks the ministry of justice to develop the draft legislative decree and provide it to H.E the president for endorsement, following which, it would come into force.

Dr. Abdul Baseer Anwar said, on occasion of the centennial independence anniversary of the country, the ministry of justice intended to process every provision referred to or stipulated in the constitution with regard to the laws. He further illustrated that amongst those, some of the laws have been prepared by the legislation project and submitted to general directorate of legislation (taqnin) and the rest would be covered during the year 1399.

23 Real Estate Agencies and Car Sellers in Kabul were blocked

The Ministry of Justice of the Islamic Emirate of Afghanistan has blocked 39 offices of real estate agencies and car sellers in 17th police district of Kabul due to their violations and. . .

Minister of Justice meets with elders of Nangarhar Province

Shaikh Abdul Hakim Sharai, the Acting Justice Minister of Islamic Emirate of Afghanistan met with the tribal elders of Nangarhar in his office on Sunday November 21, 2021.

Hereby the Ministry of Justice of Islamic Emirate informs all esteemed defense attorneys to obtain their activity licenses from this ministry as soon as possible. In case, the respected. . .