Minister of Justice: for the Provision of Informal Justice we have no Choice but to legalize the Jirgas (Councils)

The Ministry of Justice of the Islamic Republic of Afghanistan held a conference to discuss the draft Law on Dispute Resolution in Jirgas. At this conference, the Minister of Justice called Afghanistan as a traditional and Jirga-oriented country and he emphasized that in order to prevent injustice we have no choice but to legalize Jirgas.

The conference of Draft Law on Dispute Resolution in Jirgas was held today Monday, August 2nd 2021 and was attended by the Minister of Justice, the Deputy Minister for Professional Affairs, officials and representatives of the Supreme Court, the Commission for Supervision of Implementation of the Constitution, Human Rights Commission, UNAMA Office, and German Cooperation Office.

At the conference, Professor Fazel Ahamd Manawi, Minister of Justice said that Afghanistan is a traditional and Jirgas country; therefore, in order to prevent injustice in a society boundaries and principles should be imposed for these Jirgas. He stressed that Jirgas also have a special status in Islamic Jurisprudence. 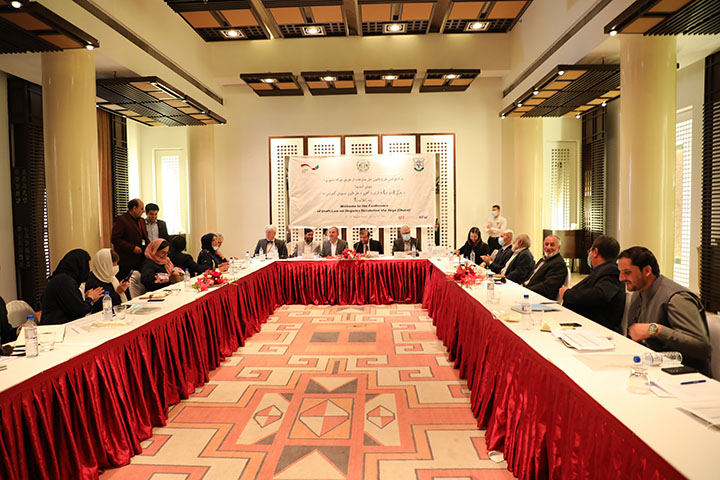 Furthermore, he added that in a country where people live in a collective form, it is impossible to prevent Jirgas. He also pointed out the importance and status of Jirgas in Quran and Hadith and said that reconciliation and dispute resolution through Jirgas has been emphasized in Quran, Hadith and Islamic Law.

Minister of Justice pointed out that “Opposition to Jirgas is tantamount to opposition to Sharia. Jirga is not only a sin but also a virtue in terms of Sharia”.

Mr. Manawi said, quick resolution of disputes especially civil disputes in Jirgas, rights to appeal to the court in case of non-administration of justice in Jirgas, the thematic resolution of problems and other issues are the merits of the Jirgas. 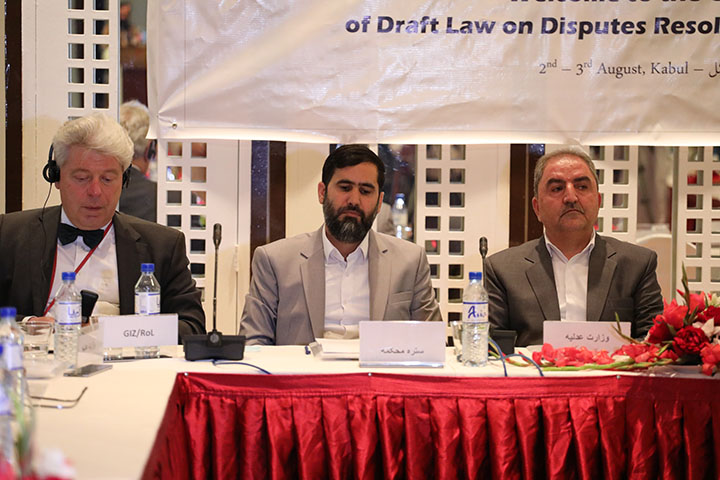 Qazawatpal Jawid Rashidi acting general sub-director of the Judiciary also spoke at this conference and added that the legalization of Jirgas, besides its other merits would reduce the volume of the cases in the country’s courts.

At this conference Mr. Brand Miser Schmidt director of rule of law of German Cooperation Office also spoked about this draft and expressed hoped that this draft would soon be finalized.

Mrs. Monika Martinez UNAMA’s director of rule of law also expressed her support for the draft and said that this Office wants the justice to be accessible to all. 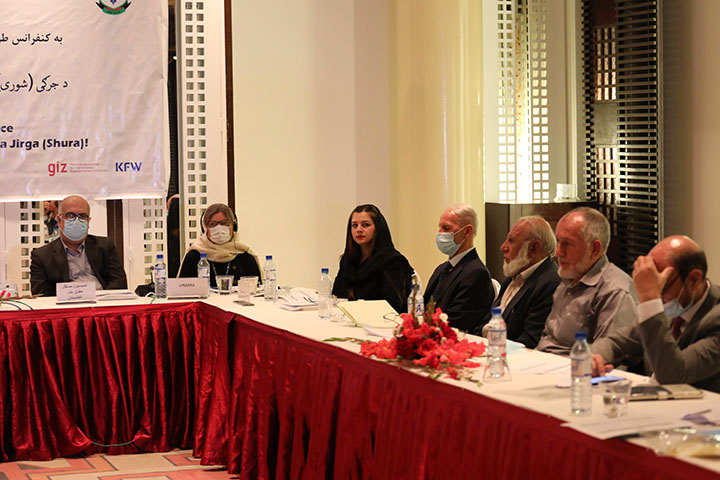 Meanwhile, at this conference Mohammad Ayoob Yoosufzai, the commissioner of the Independent Human Rights Commission also expressed the concerns of this commission on the possibility of the violation of individuals’ human rights in the Jirgas.

The members of the conference of draft law on resolving disputes at Jirgas are supposed to review all articles of this draft within two working days and share their corrective opinions as to this draft law.

Hereby all unions and charitable foundations whose activity licenses have expired and carry out their activities illegally, to refer to the Ministry of Justice in order to register,. . .

The Documents of 15 Towns in Kabul, Are Under the Review of Ministry of Justice

The Ministry of Justice has collected and examined the documents of 15 residential towns located in the districts of Kabul city.

The General Directorate of Emirate Cases of the. . .

Read more about The Documents of 15 Towns in Kabul, Are Under the Review of Ministry of Justice