Qazawatpooh Fazil Ahmad Manawi, Minister of Justice of Islamic Republic of Afghanistan during a trip to Nangarhar province, visited the Provincial Justice Department and spoke to the officials and employees of this department on their activities.

Minister of Justice and his accompanying delegation on Thursday, 24th December amid his visit to the Justice Department, met and discussed in person with the employees of this directorate, and hearing their problems, directed for appropriate solutions.

During the visit, he also met with Zia-ul-Haq Amarkhail, the governor of Nangarhar, and discussed on the activities of the Department of Justice in Nangarhar. 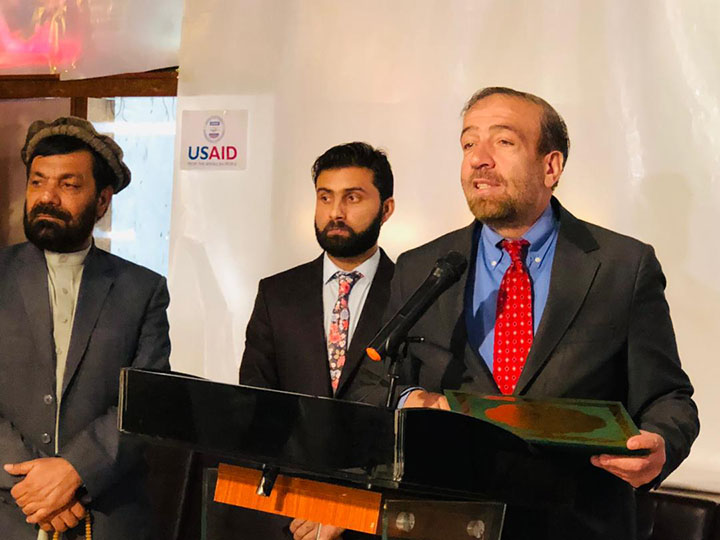 Minister of Justice also participated at the completion ceremony of the fundamental legal training program organized by ADALAT Checchi for 26 employees of Huqoq departments of Nangarhar, Kunar, Khost, Nuristan and Paktia provinces.

Mr. Fazil Ahmad Manawi, called important the holding of training programs, especially in the field of law, and emphasized on improving the capacity of professional Huqoq staff.

He considered the Huqoq offices as the essential and important sections of the Ministry of Justice and added that their participation in this program signifies setting great value to professional Huqoq employees. He stated that in their reform programs, Huqoq employees have been considered and their problems will be addressed. 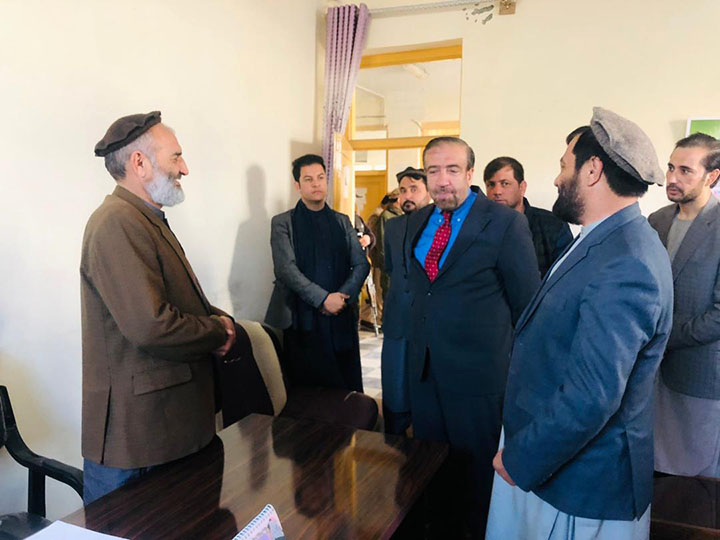 Minister of Justice asked the professional Huqoq staff to consider ensuring justice and to pay more attention to increase their ability to resolve disputes through conciliation and mediation.

Director General of Huqoq of the Ministry of Justice also at this ceremony, emphasized on the importance of training programs and capacity building of employees and stated that capacity building is a mutual responsibility of both the administration and employees.