Muluvi  Ehsanullah Wasiq the general director of cohesion and the acting minister of justice of Islamic Emirate on Tuesday, June 14th visit and discussed with a delegation of ministry of finance in the site of ministry of justice.

In this meeting both sides discussed about the formation of a committee to investigate the income resources of ministry of justice. 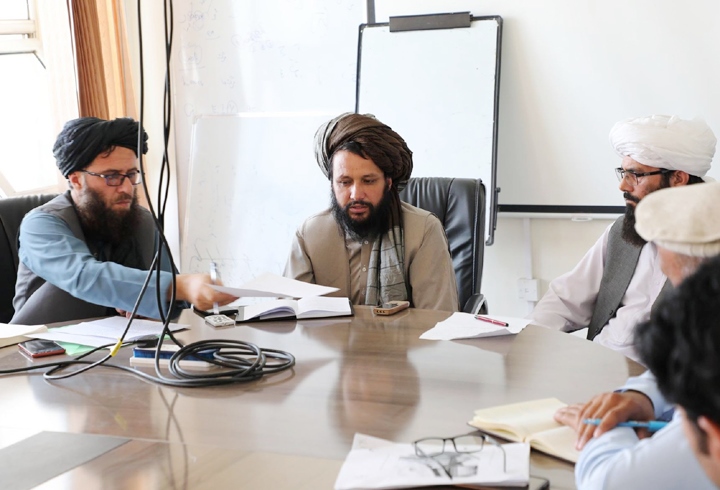 Ministry of justice has issued 64 activity licenses to charity foundations out of which 59 licenses were new and 5 other licenses have been renewed.

These licenses were processed and. . .

The deputy director of legislation affairs and academic-legal research institute of Ministry of Justice and the director of criminal law department of this directorate who were. . .

The General Directorate of Cohesion of Ministry of Justice of the Islamic Emirate has issued licenses to (1) thousand and (734) real estate agencies and petition writers’ applicants. . .