The draft Law on Ombudsperson Office and the draft Law Electronic Transactions and Electronic Signatures were discussed at a meeting of the Cabinet Legislation Committee, chaired by Mohammad Sarwar Danish- Chairman of the Committee and the Second Vice President.

In this meeting, held on Sunday, August 16th, Dr. Abdul Basir Anwar, the Minister of Justice, provided information regarding the Draft Law on Ombudsperson Office, and the members of the meeting also expressed their views on the draft law.

The Law on the Ombudsperson Office has been prepared for the purpose of providing effective grounds for combating corruption, ensuring transparency and accountability, regulating the duties and powers of the Office of the Ombudsperson, providing grounds for public participation and increasing the citizens confidence in the fight against corruption and compliance with the provisions of the International Covenant to combat admin corruption. 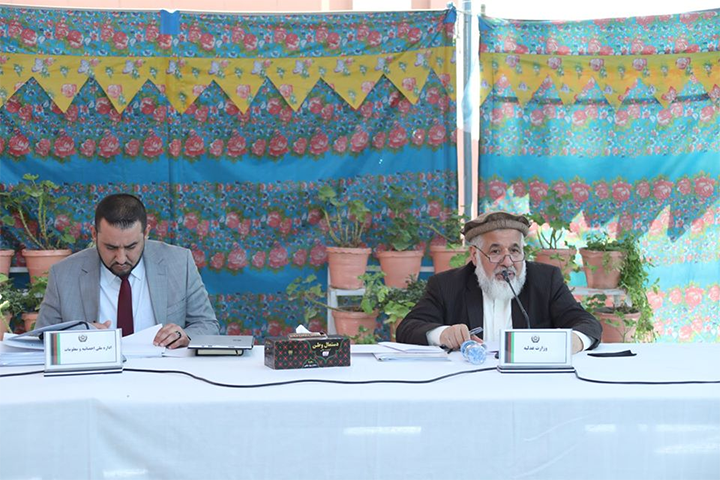 The Second Vice President emphasized that the legal nature, scope and contents of this draft law need to be comparatively reviewed with the legislative documents related to the Independent Anti-Corruption Commission, the Supreme Audit Office and other relevant institutions.

In this meeting, the Ministry of Justice was assigned to review in a technical meeting the scope of implementation, independence and the relevance of the draft law of the office of with the Independent Anti-Corruption Commission and submit it to the next meeting of the Legislation Committee for further discussion. The committee approved the draft of this law and the Ministry of Justice was tasked to prepare the mentioned proposals in the text of the draft law via holding a technical meeting with the Ministry of Communications and Information Technology, the National Statistics Office and the ATRA Office, and submit it to the meeting of Cabinet for further processing.

The Cabinet Legislation Committee reviewed five documents of international agreements and treaties at an exclusive meeting.

This meeting was held on Tuesday, 22 September, chaired by. . .