Qazawatpooh Fazil Ahmad Manawi- the Acting and nominated Minister of Justice in his introductory ceremony emphasized that the Ministry of Justice however has experienced more procedural changes during the last twenty years, but now it is in need of substantial innovations and changes.

The formal ceremony on introduction of the Acting and nominated Minister of Justice was convened in the headquarters of the Ministry of Justice, in which the Second Vice President and other high ranking officials, members of the Senate and House of Representatives, former State officials and the employees of MoJ had participation. 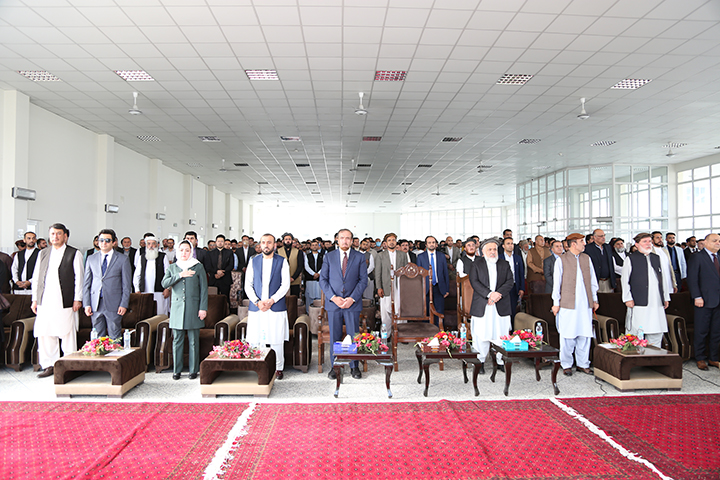 The acting minister of justice during his speech made a commitment to carry out important and significant duties following the activities performed by the former ministers of justice. He stipulated that he was hearing in the past that those who entered an administration, they were of the view that no activity has been fulfilled and they were commencing everything from the very beginning; he said he will not do that, significant things have happened and asked Almighty Allah to help him do further important things.

While emphasizing on the importance and need for innovation and reforms in the ministry of justice, he added that the interpretation of placement of employees on the basis of reforms is not a correct interpretation. 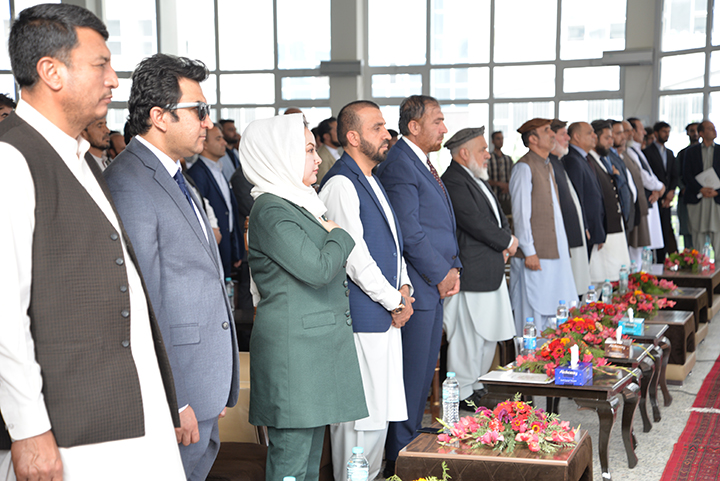 The acting minister of justice further added that it may be tough to make assurance that he will conduct gigantic duties, however he said their intention is to work honestly, sympathetically and on the basis of the commitment they have for this soil and people.

He said that availing the opportunity, we together will discuss the issues that we can give a practical shape to them in the future, and if we are succeeded, that would be considered a success of all of us.

He expressed that however from political points of view, they have some oppositions and difference of views and this is something totally usual in a democratic state, but as an officer of the government, he is committed to joint working in the light of the provisions of the law.

Mr. Gul Mohammad Gulzai was introduced as the Deputy Minister of Finance and Administration of the Ministry of Justice of Islamic Republic of Afghanistan based on the. . .