The fifth round meeting of the High Commission for Legal Aid was held on Saturday, 21st of March headed by the Minister of Justice and with the participation of the departments and institutions member of this commission and they discussed the reports from those authorities offering legal aid services, and the procedure relating to the manner and modality of receiving and reviewing the indigency form and how to report the number of cases.

At this meeting, Mr. Manawi stated that in some distant and remote provinces of the country, defense attorneys are not available, while, in the areas where most people are indigent and poor, access to the defense lawyer is a dire necessity and requirement; owning to this, Ministry of Justice is obliged to provide such legal services for the destitute citizens with collaboration of Afghanistan Independent Bar Association and other legal aid providing institutes. 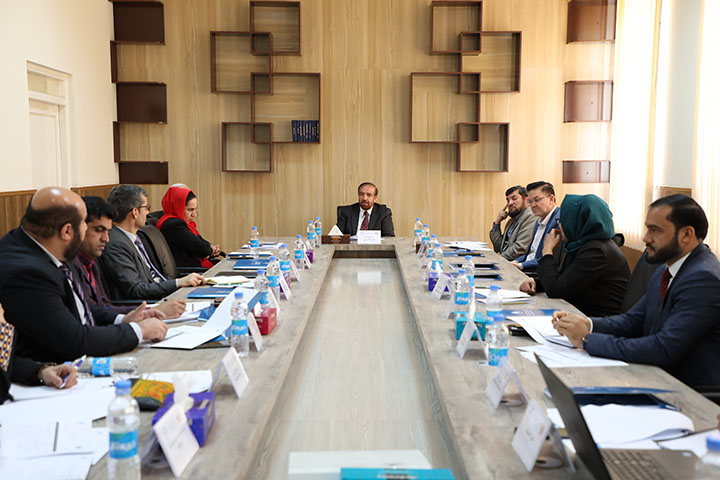 He clarified that, the new organizational structure of the Ministry of Justice which has considered legal aid services for a number of districts is waiting for its approval by the president, and by the confirmation of this new organization parts of this problem will be solved.

Minister of Justice underscored the comprehensive examination of cases pertinent to the indigent people while at same time pointing out that the identification of people’s indigence needs more attention, however, it should not cause any impediments against the speed of jobs in this regard.  He ordered that the mechanism for the identification of poverty of the individuals being entitled to receiving free legal aid and services ought to be prepared until next week and the works be conducted in accordance with that.

Regarding the challenges existing in the process of legal aid provision, professor Manawi articulated that the non- establishment of a legal aid fund by the Ministry of Finance is one of the major challenges in these arena. Mr. Manawi stated that he has conveyed this issue to cabinet of the Islamic Republic of Afghanistan and it expected that the ministry of finance establish this fund pursuant to the order of the president as soon as possible. He also ordered the secretariat of the High Commission for Legal Aid to send a letter to the Ministry of Finance and report about the consideration or non-consideration of this issue.

In this meeting, the Deputy Attorney General also spoke about the problems of distinguishing the indigence for hiring a defense lawyer or legal aid provider. 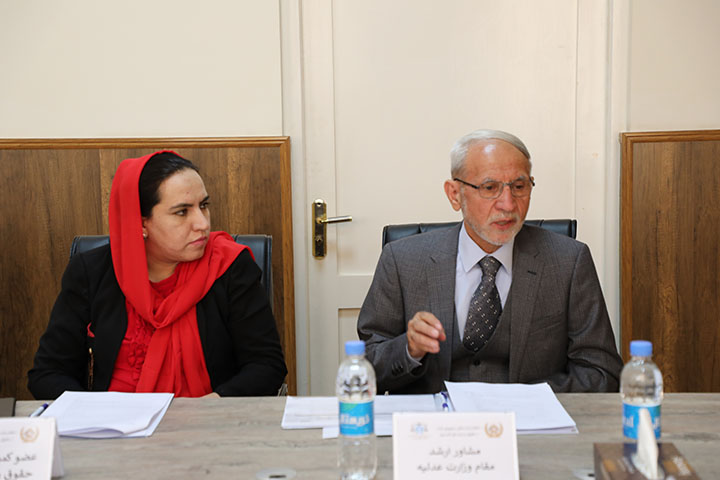 Likewise, Ruhollah Qarizadeh, the director of the Afghanistan Independent Bar Association, spoke about the presence of the defense lawyers and the legal aid provider from investigative stage up to trial stage. He said that currently, the defense lawyers and legal aid provider are not allowed to attend in the investigative stage in many cases, while their presence is an urgent requirement.

The Minister of Justice looked over the status of legal awareness

At the meeting, the Minister of Justice, “Qanonpoh” Fazel Ahmad Manavi, went through the status of legal awareness of citizens and pressed the need for change in this area.

10 people in numbers attained their citizenship of Afghanistan

The minister of Justice of Islamic Republic of Aghanistan, “qazawatpoh” Fazel Ahmad “Manavi”, participated and addressed the audience in a consultative meeting about improving the. . .

Read more about Minister of Justice:  outreaching Information is a principle while national interests are far more important